A pad thai inspired dish made with spaghetti squash "noodles", colorful veggies, and crispy tofu. Make a double batch of the vegan pad thai sauce and use it for another quick noodle dinner later in the week.
Jump to Recipe 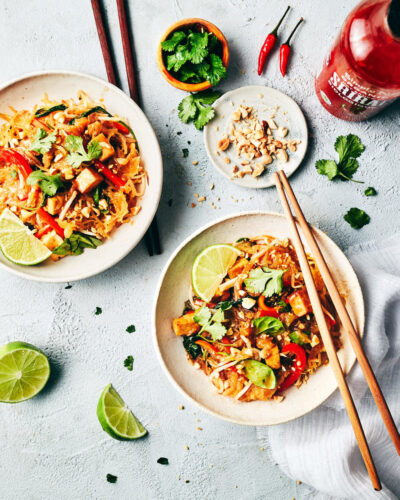